This past year was filled with several events celebrated with my friends and family. After three years of study, I completed the requirements for a doctorate in higher education. Commencement was held in March 2018 in New Orleans, Louisiana. My husband, son, and soon to be son-in-law were able to attend and celebrate with me. My church family was equally supportive and broadcast the achievement during service the following Sunday.

In the later spring of 2018, we opened a new campus at the college where I work. I was given the opportunity to lead the campus opening and welcomed the very first group of new students, faculty, and staff in the summer. In the fall, we surpassed our enrollment goals and it was good.

Simultaneously during the summer and fall, I was helping my only daughter and joy of my life plan her wedding to the most generous, caring, and intelligent young man parents could ever hope for. Our weeks were filled with wedding dress shopping, bridal shower arrangements, and wedding invitations. It was a dizzying time but a happy time leading up to a New Year’s Eve wedding in Atlanta.

Later in the fall, I was invited to pursue membership in the oldest Greek-lettered service organization started by African American women, Alpha Kappa Alpha Sorority, Incorporated. My daughter had become a member of the organization ten years early as an undergraduate student. I had learned more about the service-orientation of the organization and became interested several years prior. So when this opportunity presented itself, it just seemed as if life was just too good to be true. In fact, one of the young people in my life remarked, “You’re having a Cardi B year!”.

Now you may need some context to know that this was an observation of high regard. Cardi B is a female rapper who had three number one singles on the Billboard Hot 100 in 2018. Time Magazine included her in their Top 100 List of Most Influential People in the World. From all external accounts, she was having a phenomenal year. From the outside looking in, I was having a phenomenal year, as well.

What a lot of people did not know, including most of our closest friends and family, was that during the midst of all these celebratory things going on, we got a cancer diagnosis. Bam…talk about taking the wind out of your sails. Right in the middle of the Cardi B year, we traversed days of high joys to days of sadness and concerns with visits to medical offices for tests and meetings with medical professionals. It was impossible to be mad at God. The God who had his hand in the good times of the degree, the campus opening, the wedding planning, and the sorority membership was the same God who had his hand in the cancer diagnosis. If I was going to accept that he gave one, I had to accept that he gave the other. I had to love him and worship him through all of it.

Trust me, I am no super saint. I do not levitate above it all like it doesn’t bother me. But I had to search for the constant to make sense of it all. And what made sense to me was that while my circumstances were spinning in all kinds of crazy directions (in my view), God was the constant. A well-known scripture that is often used for graduates kept coming to my remembrance as my foundation. Jeremiah 29:11 (NET version) says: “For I know what I have planned for you,” says the Lord. “I have plans to prosper you, not to harm you. I have plans to give you a future filled with hope.” God clearly lays out that he is and will be in control at all times.

First, he says that he knows what he has planned for me. In my self-talk, I internalize this as, “Girl, you do not know what’s working here, but I do, so let me lead and you just trust that I know what I’m doing.”

Second, he lets me in on the plan…even though he doesn’t have to because He’s God like that! But because he’s a gracious God and he understands that I’m human, he goes ahead and assuages any fears by saying, he’s going to prosper me. Prosperity can be prosperity in any number of things…spiritually, emotionally, financially, physically. Regardless, it’s all good! But then, if the prosperity promise was not enough, he further clarifies and promises not to harm me. This means that nothing, not one thing…not even the cancer diagnosis will harm me. Hallelujah!

Third, he seals it with a kiss, a sweet promise. He tells me that not only is he dealing with the present but that he’s going even beyond that and is going give me a future filled with hope.

So yeah, I think even with the good and the bad; the highs and the lows; it is still a Cardi B kind of year! 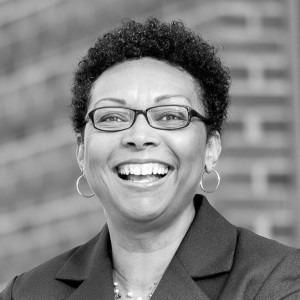 I’m glad you found my blog! I’m a mom, a wife, college administrator, AKA woman, and follower of Jesus Christ. After raising our family, I started to talk with God about what He wanted me to do. I’ve always loved to write and one day I heard Him clearly say…Go do that. So that’s what I do here. I observe life, meditate on it, listen for the lessons and write. That’s it. Hope you enjoy my reflections! Read More… 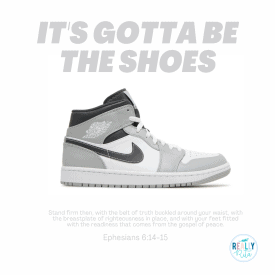 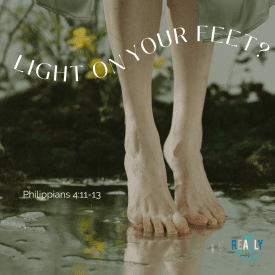 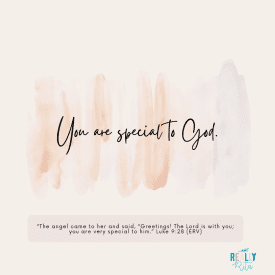 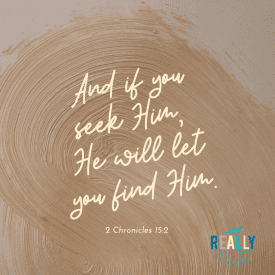 I’m glad you found my blog! I’m a mom, a wife, college administrator, AKA woman, and follower of Jesus Christ. After raising our family, I started to talk with God about what He wanted me to do. I’ve always loved to write and one day I heard Him clearly say…Go do that. So that’s what I do here. I observe life, meditate on it, listen for the lessons and write. That’s it. Hope you enjoy my reflections! Read More…

This error message is only visible to WordPress admins

Please go to the Instagram Feed settings page to create a feed.